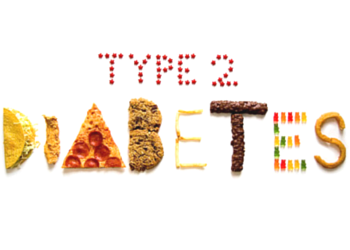 OSA is a condition in which breathing stops for 10 seconds or more during sleep, sometimes hundreds of times a night. This sleep disorder affects approximately 18 million people in the United States and is linked to type 2 diabetes. There are a number of factors are believed to be involved in the link between sleep apnea and diabetes, including the following:

Stress response. Repeated arousals from deep sleep and interruptions in the delivery of oxygen to the body’s tissues caused by sleep apnea lead to the stress, or “fight or flight,” response. The fight or flight response causes increased heart rate and increased blood pressure. When it occurs repeatedly over time, it is a risk factor in the development of chronic high blood pressure, insulin resistance (one of the hallmarks of Type 2 diabetes), and cardiovascular disease.

Lack of oxygen. During apneas the level oxygen deprivation may also cause the release of pro-inflammatory cytokines—proteins involved in the body’s immune response—that are associated with glucose intolerance and insulin resistance.

There have been many years of clinical research supporting a connection between obstructive sleep apnea (OSA) and Type 2 diabetes. Now, a more recent study suggests a link between the severity of a person’s OSA and the risk of developing Type 2 diabetes.

During a study at University of Toronto, researchers observed 8,678 adults with suspected OSA who underwent a sleep study between 1994 and 2010. The severity of each person’s sleep apnea was determined by measuring their apnea-hypopnea index (AHI), which indicates the number of times a person stops breathing or breathes irregularly each hour. Based on these results, they were placed into one of four OSA categories — none, mild, moderate, or severe. After, they were medically observed through May 2011 to examine whether or not they went on to develop Type 2 diabetes.

Over the course of the follow-up 1,017 (11.7%) of the participants developed Type 2 diabetes. After adjusting study, to include other risk factors known to increase a person’s chances of developing diabetes (age, sex, body-mass index, neck circumference, smoking, and income status), people with severe OSA were found to have a 30% higher risk of developing Type 2 diabetes than people without OSA. Also, those with mild or moderate OSA were found to have a 23% increased risk of developing Type 2 compared to those without OSA. Other risk factors for diabetes included experiencing breathing difficulties during the rapid eye movement (REM) stage of sleep, low oxygen levels in the blood, sleep deprivation, and activation of the sympathetic nervous system as indicated by increased heart rate.

“After adjusting for other potential causes, we were able to demonstrate a significant association between OSA severity and the risk of developing diabetes,” Tetyana Kendzerska, MD, PhD. “The OSA-related predictors of increased diabetes risk that we found in our study may allow for early preventative interventions in these patients.”

Note:  (There were some limitations of the study that included a lack of data on family history of diabetes and race.)