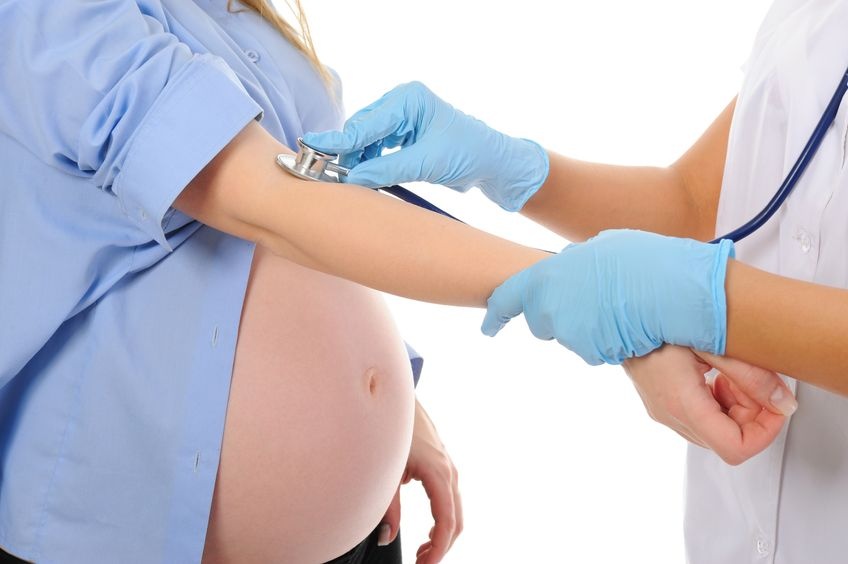 Check out some facts below:

Women are about as likely as men to develop high blood pressure during their lifetimes.

Among blue-collar workers, women have a higher prevalence of hypertension than their male counterparts.

Expectant mothers with high blood pressure are more likely to have complications during pregnancy than those with normal blood pressure.

High blood pressure can place an expectant mother’s kidneys and other vital organs at risk, which can lead to low birth weight, preeclampsia, and preterm labor

Healthy blood pressure is critical for your overall health and well-being. High blood pressure increases the risk of having strokes, heart attacks, or developing heart disease or heart arrhythmias.

So how does this connect to your sleep patterns?

Snoring during pregnancy may increase the risk for both pregnancy-induced hypertension and intrauterine growth retardation. (BioMed Research International, 2016)

Preliminary data from one study suggests that obstructive sleep apnea (OSA) affects 8.1 percent of pregnant women by the second trimester, with an additional link made between OSA, hypertension, and diabetes. (BioMed Research International, 2016)

Among postmenopausal women, with symptoms of insomnia are at a higher risk of developing coronary heart disease or cardiovascular disease. (Journal of Women’s Health, 2013)

A 2006 study focused on insomnia and hypertension found that more than 60 percent of women versus less than 40 percent of men, that had coronary artery disease reported problems with insomnia; those with insomnia tended to be older and had experienced high blood pressure for longer. (Blood Pressure, 2006)

Penn Medicine is currently researching women who have pulmonary arterial hypertension who also have daytime fatigue and insomnia to determine what might be a cause of their sleep-wake problems. (Penn Medicine, 2017)

A recent meta-analysis concluded that sleep-disordered breathing is an independent stroke predictor; a separate Taiwan study reviewed gender-related differences and found a higher increase in stroke incidence among women than men, with women under the age of 35 showing the greatest risk increase. (Neurology, 2016)

Women who had sleep apnea were almost twice as likely to develop what’s known as preeclampsia, a type of pregnancy-related high blood pressure. (Obstetrics & Gynecology, 2016)
Untreated OSA leads to multiple problems in women (oxidative stress, inflammation, tissue damage, sympathetic activation and metabolic dysregulation) which predispose the body to atherosclerosis (“hardening of the arteries”). This confirms OSA as a common cause of systemic hypertension. (Journal of Sleep Medicine and Disorders, 2016)

Pregnant women with OSA have a higher risk of gestational hypertension and are more likely to undergo a cesarean section than women without OSA. (Journal of Sleep Medicine and Disorders, 2016)

Its time to connect the dots

If you struggle with daytime fatigue and sleepiness/ sleep, you may want to discuss a potential sleep disorder as the hidden culprit behind your blood pressure if it becomes high and difficult to manage. Raphaelson Dental Sleep Center can help diagnose your symptoms with a convenient home sleep study. Make an appointment today, our goal is to restore your health!